It’s officially now 1 month until the start of the 2012 Olympic Games, and Londoners are starting to see the city change visually in the run up. Underground maps have been altered to show keys areas where events are taking place, official cycle lanes have been marked out and now the Olympic rings have been added to the iconic Tower Bridge. They were unveiled Wednesday night accompanied by a light show sponsored by GE, blasting the Towers with colour before lowering the rings. Living only down the road in Wapping, I trekked out on the rare summers night, Canon 550D in hand, to grab a few shots. They do look quite impressive. However, I was expecting the rings them self to be the focus of the lighting rather than the structure of Tower Bridge. Anyhoo, lighting design aside (!), the full album is available on my Flickr set. 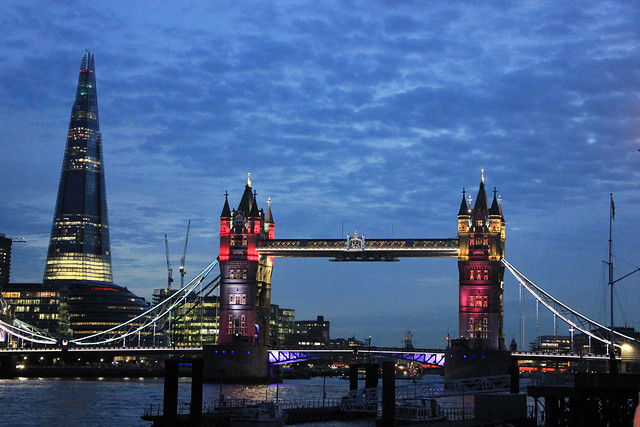