The Inauguration of The Shard

The night of July 5th 2012 was officially the unveiling of London’s The Shard in a spectacular light and laser show across the capital. The London Philharmonic Orchestra provided music for the event, although this couldn’t be heard from where we stood near Tower Bridge. The Shard looked amazing basked in an array of different colours with lasers firing across the water to landmarks such as The Gherkin and the London Eye. Helicopters could be heard overhead, and I was very jealous at the view they must have had! I have to say, this was a heck of a lot more impressive than the Olympic ring light show a couple of weeks ago.

The rest of the photos can be seen over on my Flickr set. 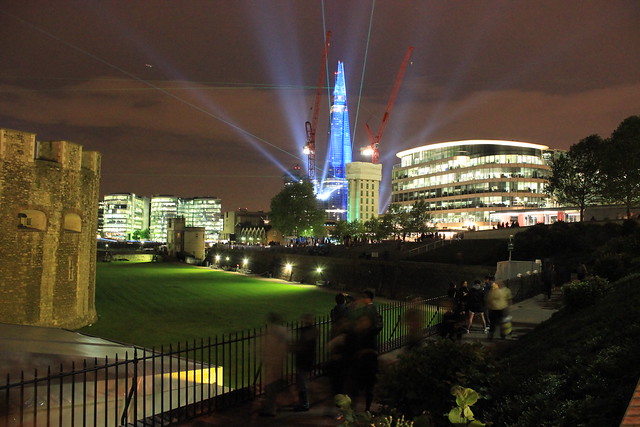 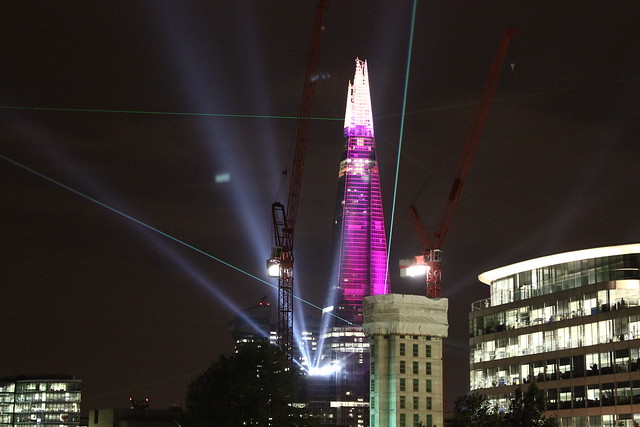