You may have read my previous post about this collaboration project between Havells Sylvania, Jason Bruges Studio and the London Southbank Centre. Last night was the final unveiling of The 21st Century Light Space Modulator, located under Hungerford Bridge. The piece was inspired by László Moholy-Nagy’s work on the Light Prop for an Electric Stage in 1930. The modulator itself is an interactive piece of artwork that reacts to activity and motion, and was last night showcased by a 20 minute evening performance from South Asian dance studio, Akademi. The project is a visual representation of the Havells Sylvania philosophy: a fusion of invention, innovation, eastern and western influences which have the power to transform a neglected space through the use of light.

The modulator will remain under the Hungerford Bridge until November 1st, and after that it will be transferred to the Royal Institute of British Architects (RIBA) until January 31st. For more information, please head over to the official website or check twitter at #modulator.

As part of a company-sponsored event in collaboration with Jason Bruges Studio and Southbank Centre, I had the opportunity to attend “The 21st Century Light Space Modulator” event on London’s South Bank (just below Hungerford Bridge). On a typically rainy English summer’s evening, the crowd still turned up to see launch of the project which will be on-going until it’s final unveiling in the autumn. The structure itself is a moving light sculpture that fuses Western and Eastern influences,which can be seen in the video and image below. I have to say, it’s fairly small scale at the moment, but I am excited to see the effect of the final and larger-scale version. Further info and future updates can be seen on the projects official website.

It’s officially now 1 month until the start of the 2012 Olympic Games, and Londoners are starting to see the city change visually in the run up. Underground maps have been altered to show keys areas where events are taking place, official cycle lanes have been marked out and now the Olympic rings have been added to the iconic Tower Bridge. They were unveiled Wednesday night accompanied by a light show sponsored by GE, blasting the Towers with colour before lowering the rings. Living only down the road in Wapping, I trekked out on the rare summers night, Canon 550D in hand, to grab a few shots. They do look quite impressive. However, I was expecting the rings them self to be the focus of the lighting rather than the structure of Tower Bridge. Anyhoo, lighting design aside (!), the full album is available on my Flickr set.

END_OF_DOCUMENT_TOKEN_TO_BE_REPLACED 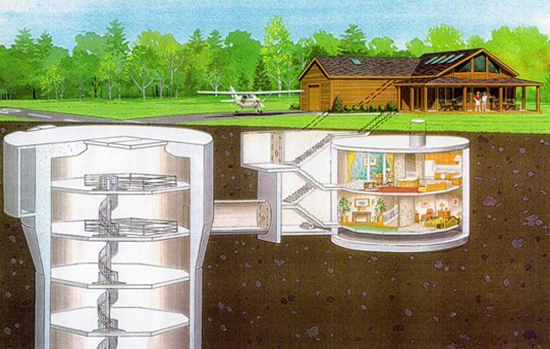 …to here (I wish!). Whilst scouring the interweb I came across this link. It’s a house in the Adirondack Mountain region of New York with an interesting basement. Perfect for any aspiring villain of 007 or up and coming superhero.